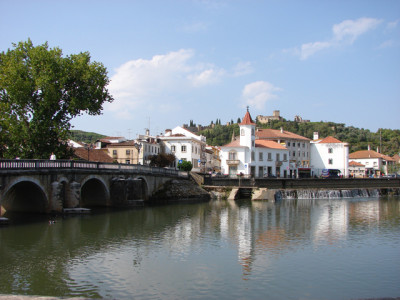 In 2006 the office of national statistics in the United Kingdom recorded record levels of Britons leaving the country permanently to live abroad. In 2006 alone over 380,000 people migrated to find places in the sun and the trend is growing.

Already there are over 50,000 Britons living in Portugal full-time, however the majority of those are based on the Algarve. Though the number discovering and moving to Central Portugal is growing. It is little wonder, the cost of

living is cheaper than both the UK and the Algarve, the scenery is unspoilt and house prices are still good value for money and the people are very hospitable.

Adapting to the way of life in Central Portugal may take some time. Away from the big cities, life is slower paced than that of Britain. You may find things, such as paperwork, take longer to achieve when dealing with authorities. The people in Central Portugal are friendly and there is a real sense of community.

Before Before coming to Portugal it is definitely an advantage to try learn a few words of the language, even if it’s just enough to say hello to your neighbours or to order your lunch. You will have fun learning the language and this will help you feel at home quicker. The majority of the younger generation learn English as school and are happy to practise their language skills.
Portuguese take gastronomy seriously. In the Central region there are many excellent restaurants and cafes, which serve a variety of regional traditional dishes including roasted kid and bacalhau com natas (cod with cream) with superb locally produced wines. Eating out in Central Portugal is inexpensive and it is not unusual for a restaurant to offer a three course lunch with wine for 6€. If you have a sweet tooth you will enjoy the large selection of regional cakes and desserts available.

The climate in Portugal varies considerably from one region to another and is influenced by the relief, latitude and proximity to the sea, which offers mild winters, especially in the Algarve.

In the Porto, the North area and Beiras region, particularly inland, nearer Spain, the winters are colder, although the temperatures are still mild when compared to the rest of Europe. There is some snowfall. This occurs most in the Serra da Estrela mountains, where we find the highest point in mainland Portugal (1,991 m) and where it is sometimes possible to ski.

The summers are hot and dry, especially in the inland areas (Trás-os-Montes in north-eastern Portugal and Alentejo). Temperatures are slightly lower in the coastal areas, because of the influence of the sea.

There are often warm, sunny days in autumn. Nice weather at the beginning of November is often called “St. Martin’s Summer” as this saint’s day is on 11 November.

Cost of living in Portugal

The cost of living in Portugal has risen over the last decade or so, mainly due to its inclusion in the European Union. However compared to other European countries it is still comparatively cheap to live.

It is difficult to calculate an average cost of living as it depends upon individual lifestyles. However we have listed a few of the basic items to give a rough overview.

Public holidays, or Bank Holidays, are far more frequent in Portugal than they are in the United Kingdom. It is useful to note apart from supermarkets, cafes and services stations most commercial businesses do not operate on these days.

If you are considering a viewing trip, or are already living in Portugal, take a note of these dates as it would be unlikely as you may save yourself time, money and effort visiting companies, which are ‘fechado’.

Date (2014) Event
1 January New Year’s Day
18 April Good Friday
20 April Easter
25 April Revolution Day
1 May Labour Day
10 June National Day
15 August Assumption Day
8 December Immaculate Conception of our Lady
25 December Christmas Day
Note: 26 December, or Boxing Day, is not a holiday. Moveable Feasts: Good Friday and Corp Christi, which is usually in June. Public holidays falling on a weekend are not moved forwards to the following Monday. Banks, post offices, offices and shops are all closed on Public Holidays. Each town and region also has its own special holidays in addition to those given above

Inheritance law
Until recently the rules on inheritance tax were very complicated in Portugal, with rates varying according to the value of the inheritance and how you were related to the beneficiary. However recently they have been overhauled and they are now much simpler to understand.
You can now leave your property to a spouse, child or parent without them incurring any inheritance tax. If you leave it to a third party, they will have to pay a fixed rate stamp duty (Imposto de Selo) of 10%.

It is advisable you make a Portuguese will. Under UK law any overseas assets must be disposed of according to the law of the land, and under Portuguese law, if there is no local will, your estate may be divided between your children and spouse.

Traditional 2 bed property, very private with over 2 acres of land, borehole close to ferreira do zezere