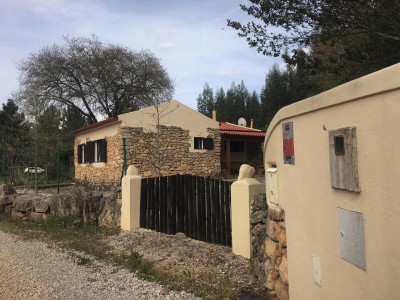 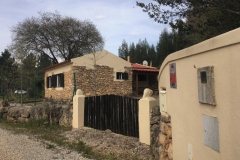 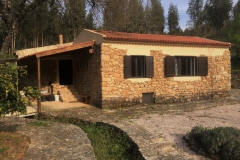 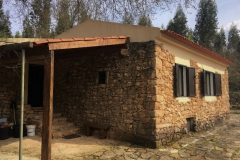 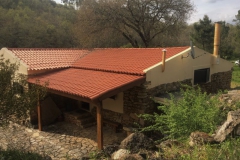 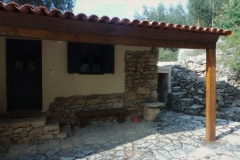 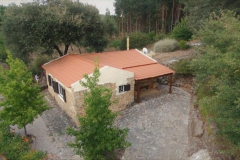 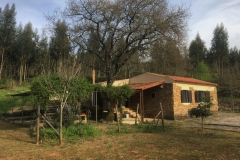 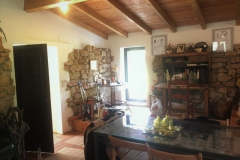 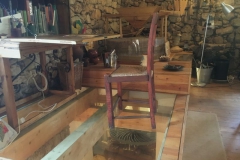 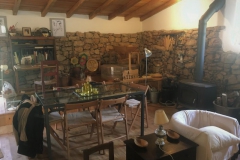 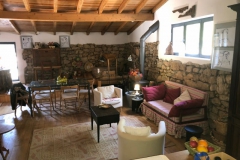 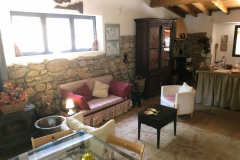 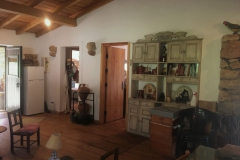 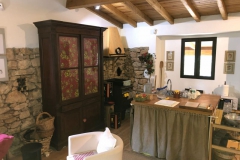 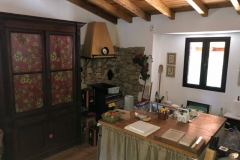 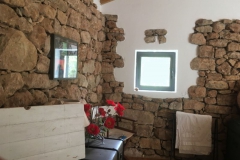 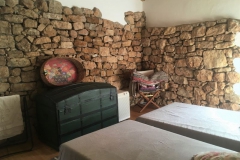 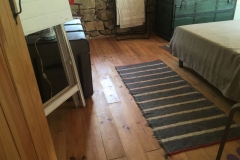 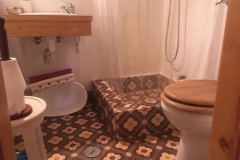 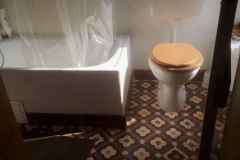 The entire 3.6 ha of land is certified by “FSC” which guarantees no herbicides and pesticides being used as well as being considered of great importance by the university of Coimbra due to the biodiversity of species encountered in the property.

Quality restored watermill cottage on 1 floor renovated approximately 10 years ago, perfect for those looking at keeping horses and growing their own vegetable in tranquil rural environment in central Portugal, close to good amenities provided by two towns at similar distances. The watermill was restored in keeping with traditional period methods with exposed stone on the inside and outside and internally resembles a forest log cabin, it has double glazing throughout and the floor is raised providing further storage space.

Through the front door you enter the large living area, where in front slightly to the left you find the restored watermill area, this feature has been fully restored and it’s a testament to how things were done back at the end of 1800’s. Currently there’s no water being channelled through the horizontal wheel because since the road was built the mountain water has disappeared, because the property has a borehole, it’s something that could possibly be done but it would also waste a lot of water not being environmentally sustainable. To the right of the mill area, there’s the seating area by the wood burner and further to the right there’s a “log-cabin style” kitchen which is next to another door leading to the outside sunny courtyard. The 2 bedrooms with 2 traditionally tiled bathrooms face west and have nice views to the landscape.

In our opinion this property it’s greatly suitable for those wanting to establish a permaculture type farm or for someone with horses, although for this usage it would need to have some stables built. Also big plus for many potential buyers, is that the cottage has no neighbours, making it completely private with very little traffic passing by, but on the other hand it’s very close to amenities being only 3 to 5 minutes drive.

Outside at the back of the cottage, there’s an amazing stone base table with a marble top, perfect for alfresco dinning.

In the grounds on the hill where the eucalyptus fields are planted, there are spots with lovely views, where potentially log cabins or yurts could be installed, if the potential owner is seeking a guest or camping style usage.

There’s a very suitable spot for a reasonable size swimming pool and quotations can be given on request.

The garden has also a wide range of mature fruit trees, including oranges, cherries and figs.

The property is situated near the towns of Alvaiazere and Cabacos, both towns have several amenities such as medical centre, cafes, mini-markets, health centre, banks, post office, butcher, petrol station, pet/agricultural supplies and builders’ yard. Each Wednesday in Alvaiazere and Mondays in Cabacos, there are the local markets in the towns selling bread, fruit and vegetables, plants, shoes and clothing.

The historic town of Tomar, which is home to the UNESCO listed Convento do Cristo, founded by the Templar’s crusaders is only 25 to 30 minutes drive from the property.

All major European high street shopping is also available in the city of Coimbra the 3rd biggest city in Portugal which is only 40 to 45 minutes drive on the A13 motorway.

There are also very good access roads to the IC8 dual carriageway, which leads to the coastal towns of Figueira da Foz and can be reached by car in approximately 65 minutes.

The property is situated in the middle between Lisbon and Porto airports which are approximately 90 minutes and 110 minutes by car.