Plot of land with a Large 4 bedroom modern villa with countryside views, space for pool only requiring second fixtures & fittings to be finished. 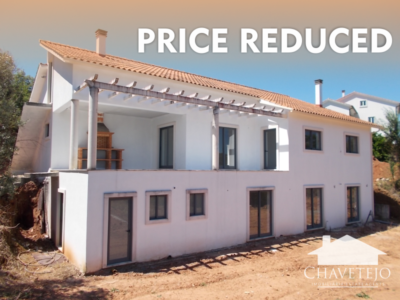 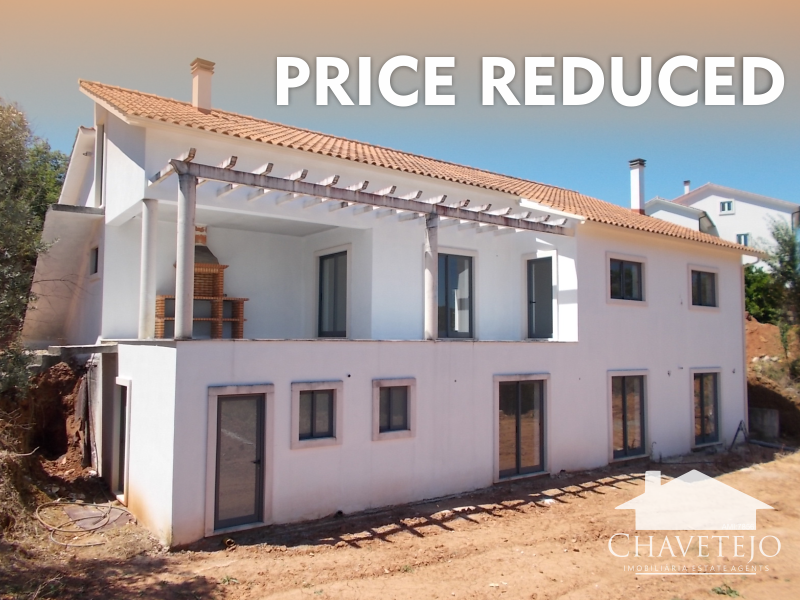 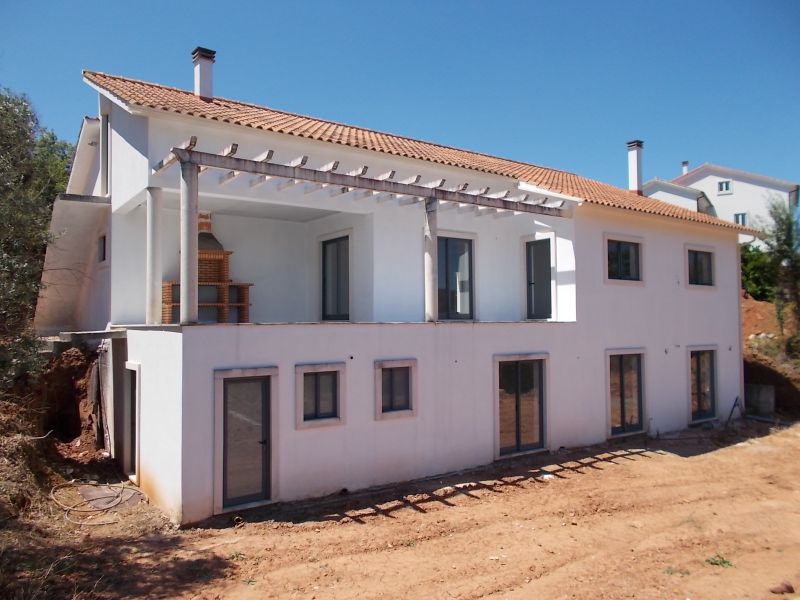 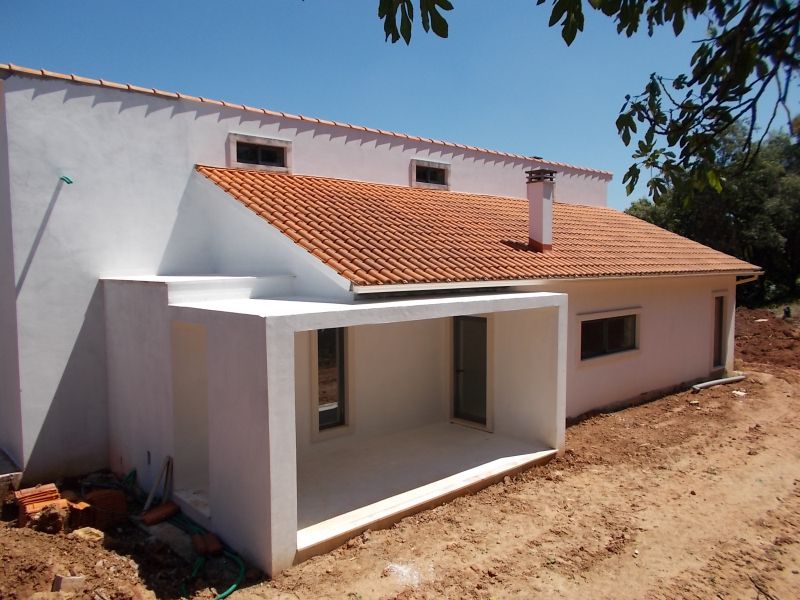 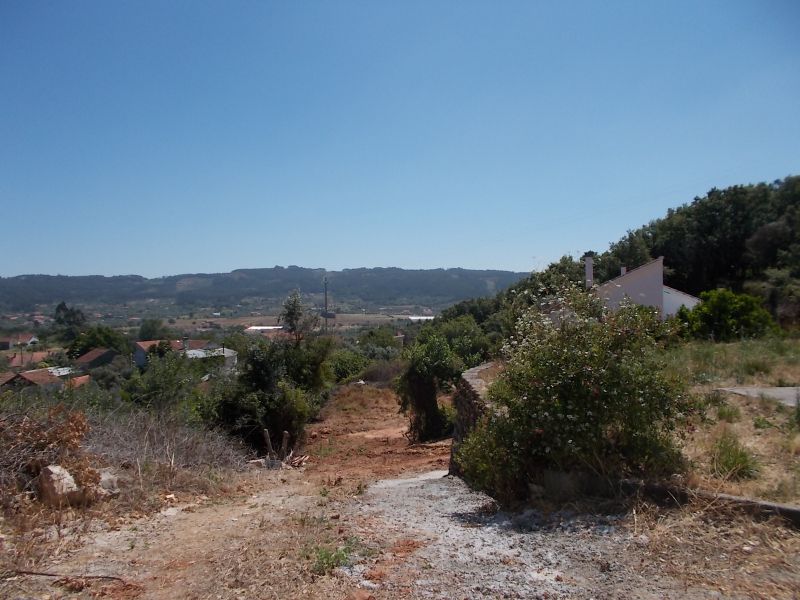 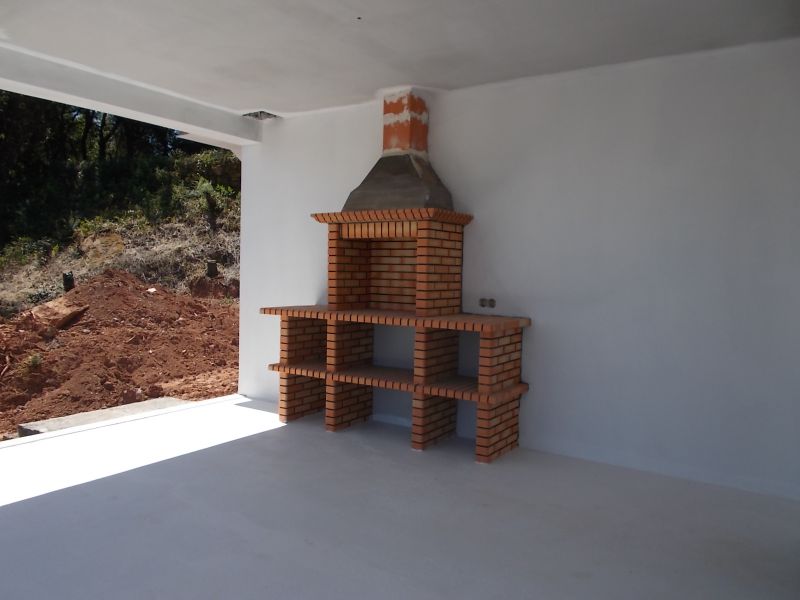 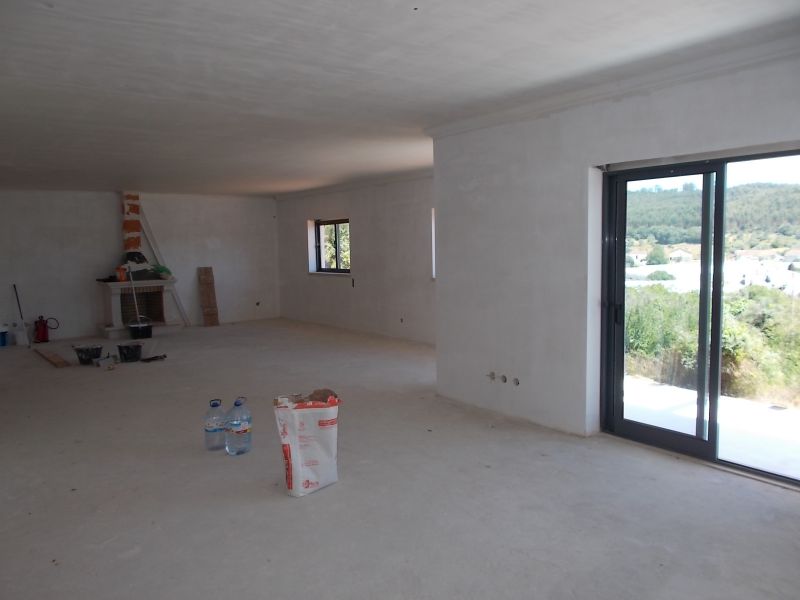 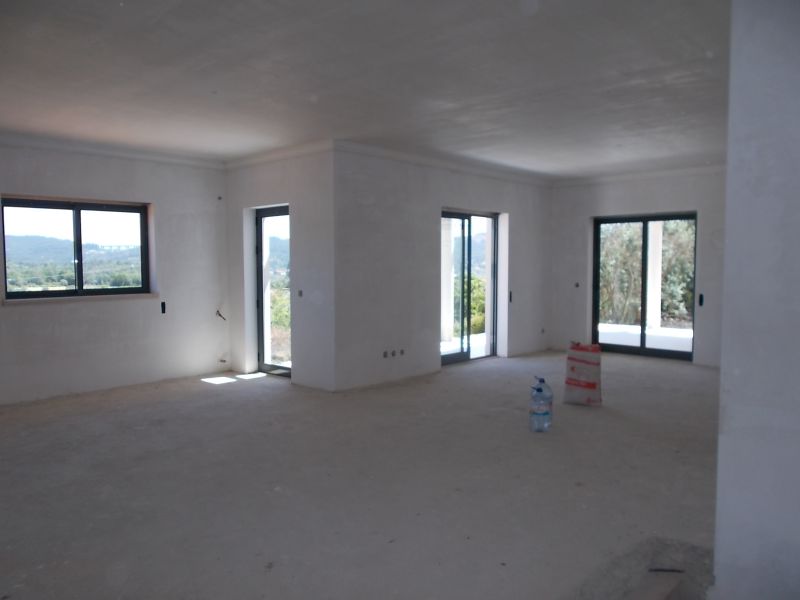 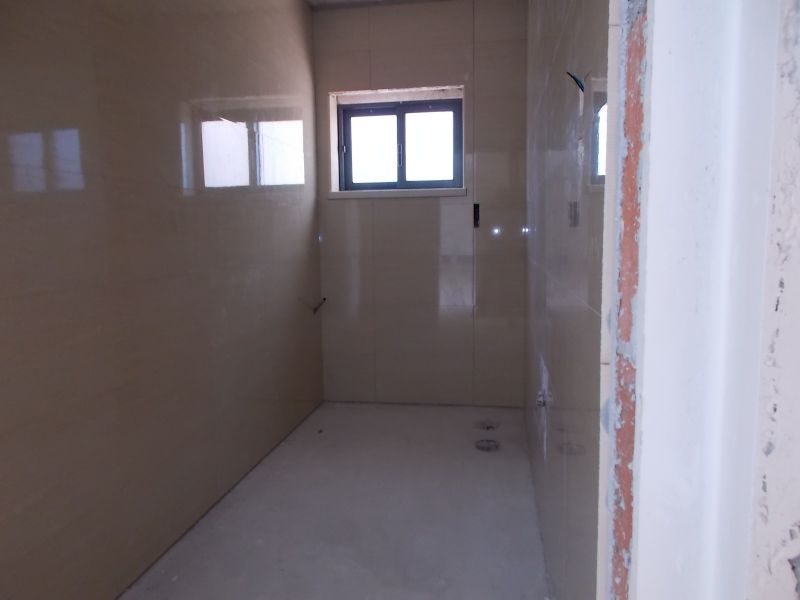 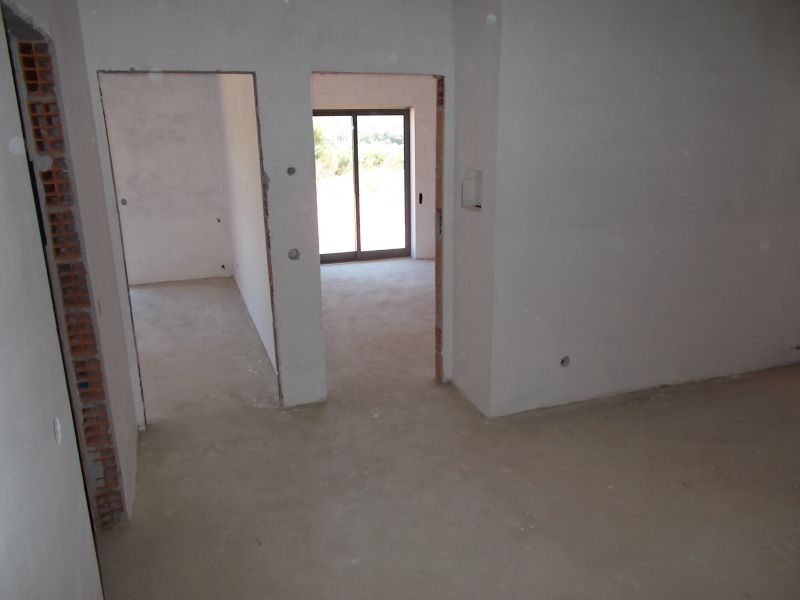 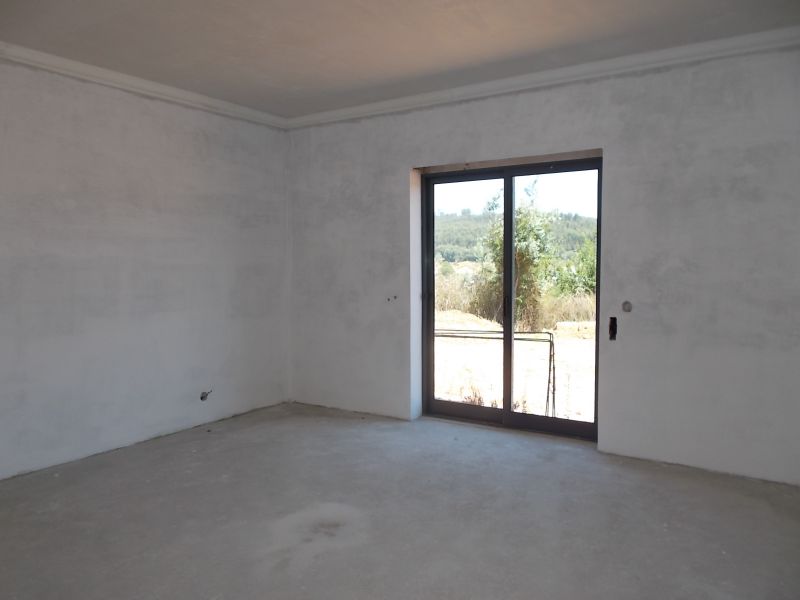 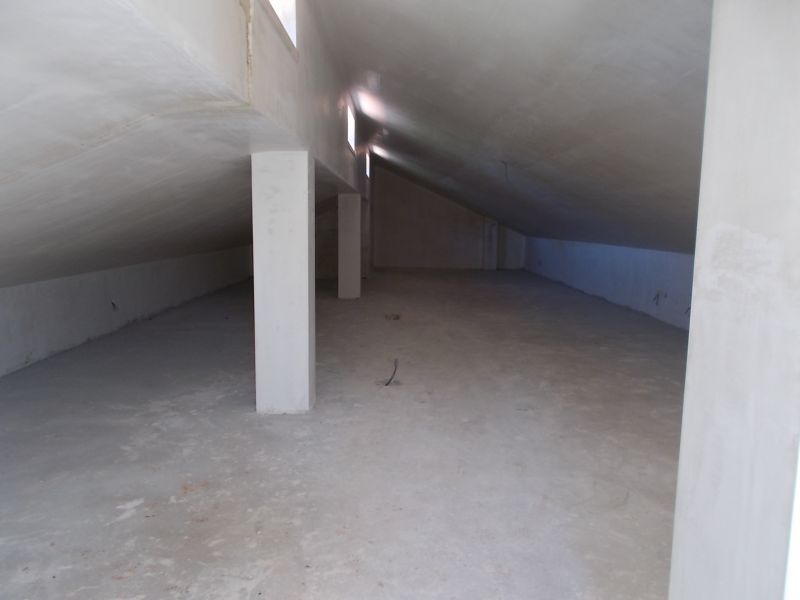 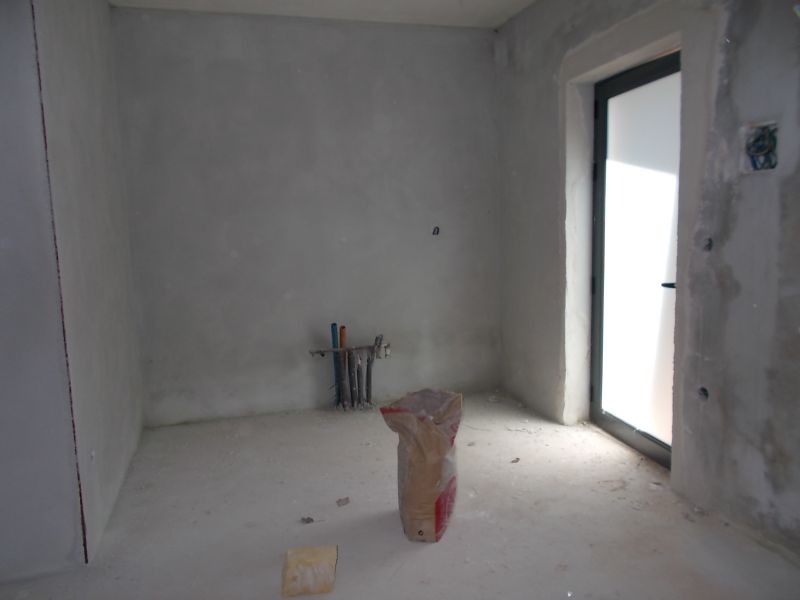 A plot of land with a  villa that comprises of two floors, one at a higher level reached by the drive and the second below, with the bedrooms, which will access the swimming pool area and the garden.

This villa requires approximately €50.000 to finish second stage fixtures and fittings, including; a large swimming pool, kitchen, flooring and plumbing & electrics. This house has been built by a reputable builder in this region, who would be delighted to supply quotes to finish it off.

The current owner is also selling a fully finished 5 bedroom restored property with swimming pool for sale at similar price tag to this one when finished, please enquire with us for more details.

First floor is accessed from the drive. Through the main entrance door there is a hallway with a staircase reaching the downstairs bedroom quarters and the large 50sqm lounge.

This lounge has a large fireplace, on the right it has the entrance to the kitchen which is lit up by plenty of natural light provided by the large windows. In front of the hallway there are two large patio doors which give access to the large veranda.

To the right past the kitchen there is a potential fourth bedroom/office with a door leading to the drive. Next to this bedroom, on the left, there is a large bathroom.

Off the staircase hallway there is a large bathroom on the left, giving access to three bedrooms, which all have large patio doors.

The last bedroom is ensuite with a built in wardrobe area.

Just in front of the bedroom doors and the veranda, there is approximately 600sqm of land suitable for installing a large swimming pool with a courtyard area and a landscaped garden.

The property is situated near the village of Cabacos, which has several cafes and a mini-market, health centre, banks, post office, butcher, petrol station, pet/agricultural supplies and builders’ yard. Each Monday, there is a small market in the village selling bread, fruit and vegetables, plants, shoes and clothing.

The historic town of Tomar, which is home to the UNESCO listed Convento do Cristo, founded by the Templar’s crusaders is only 20 to 25 minutes drive from the property.

All major European high street shopping is also available in the city of Coimbra the 3rd biggest city in Portugal which is only 40 to 45 minutes drive on the A13 motorway.

There are also very good access roads to the IC8 dual carriageway, which leads to the coastal towns of Figueira da Foz and can be reached by car in approximately 1hour 10 min.

The closest airport to the property is situated at Lisbon, which is approximately one and three quarter hours’ by car